The Dixon family are ‘internet famous’. What began as a mommy blog run by Ashley Dixon has turned into an international empire – and her daughter Claire wants out. Having everything from potty training to junior prom discussed online is no longer her idea of fun and the perks of sponsorship deals don’t hold a candle to her dream of going to college and finally being a normal girl. Her twin sister Poppy thinks she’s mad to give up the glamour of fame, especially when all it requires are a few hair tutorial YouTube videos in return… oh, and giving up your privacy, embarrassing viral outbursts and being forced in front of your mom’s camera 24/7. However, underneath the insta-perfect facade, the cracks are beginning to show, with traumatic moments from the past and the uncertainty of their future as celebrities and as a family all come to a head.

On Mom’s blog, I’m Claire Dixon: Poppy’s twin. Ashley’s daughter. A decent swimmer but slower than my sister. The short one. The one with freckles and cankles and big teeth. On the vlog, I’m the one who prefers messy buns to mermaid braids, ‘natural makeup’ to Poppy’s evening looks. If I’m not that, then who am I?

Just For Clicks tackles some really interesting themes about today’s society and our obsession with social media. Around the world, internet celebrities are becoming part of the norm – in 2018, Joe Sugg became the first YouTuber to compete in Strictly Come Dancing prompting an outcry that he ‘wasn’t a real celebrity’ (this soon became a non-issue as he won everyone over and made the final – if this reference is too uniquely British, allow me to direct you to this staple of the UK’s culture); Colleen Ballinger aka Miranda Sings documented every stage of her pregnancy on various sites; and Logan Paul caused global outcry by being incredibly insensitive and frankly a total d***.

People are jumping at the bit to get their 30 seconds of internet fame, with vlogs, blogs (hi) and instagram accounts cropping up daily with hopefuls wanting to be the next unexpected hit. But what if you never wanted to be that hit and are now stuck playing the role out of family obligation?

But then I realised quitting social media might mean quitting my family.

Kara McDowell brings up a lot of arguments for and against being internet famous although she doesn’t seem to settle entirely on a conclusion at the end. One of the most interesting ones scattered throughout is the idea of consent and privacy – when Claire was a baby she couldn’t comprehend or verbally consent to having her life discussed on her mother’s blog; as her guardian, Ashley clearly made the decision it was okay and by going along with it mostly willingly for nearly eighteen years it seems to her that Claire agrees, creating a sticky web for her to try extract herself from. But alongside affectionate posts entitled ‘Twin Tuesdays’ comes the dark side of having your entire life available for anyone with a wifi connection: embarrassing old photos shared around school, fake stories developing into wild rumours and a total invasion by ‘fans’ who think they know you like pals just because they’ve been reading about you since you were in nappies.

It’s a hefty topic that seems to get swept under the rug towards the end when Claire considers the positives of her fame; sure, the blog is a love letter from a mother to her daughters but I’d still be pretty strongly against it if it led to a kidnapping attempt which we find has left Claire with all sorts of anxieties and trust issues when it comes to allowing people into her life.

The glow of the screen makes it easy to avoid thinking.

My biggest issue with this book was the likeability of the characters. Take Rafael, Claire’s love interest; he’s the new boy in school who first approaches her because she’s the only person in the cafeteria without her phone and he appreciates that she’s not a slave to social media (or so he thinks). Fast forward a few chapters, and he gets offended when he finds out their movie night won’t be making it onto the blog. Seems kind of weird to gravitate towards someone for a reason, but get angry with them for being consistent. Whenever Claire vents her frustrations, he waves them off and points out how privileged she is and in an especially damning moment, reads the entire blog to learn about her just after she’s opened up to him about wishing for privacy. Not cool. Messy-on-purpose hair and a nice smile don’t make up for lack of respect.

Poppy and Ashley, Claire’s sister and mother, are so obsessed with their brand they can’t see past their phone screens to realise that Claire has given eighteen years to their online presence and deserves to keep the rest of her life to herself. Instead, any protest she makes is treated as a rebellious teen outburst and placated condescendingly while shuffling her off to her next duty on their posting schedule.

“You once told me Poppy is a people pleaser. But that’s not true at all. She’s a Poppy pleaser.”

There’s a lot of fun in this book though! It has lots of twists that for the most part pay off and you truly don’t know how it’s going to end until the final resolution chapters. A tiny bit of a thriller creeps in when the girls try to figure out the identity of an online troll blackmailing them, with the reveal being both surprising and logical.

A great element is the breaks between chapters in the form of content relevant to what’s just been read. When Claire’s phone breaks, Poppy complains that she keeps forgetting and texting her by accident despite the fact she can’t read them; at the end of the chapter, we see those texts, formatted to look like a phone screen.

My favourite was a list titled ‘Poppy’s 10 Commandments’ which detail her rules for posting on instagram including when and how often to upload, a system for using hashtags and that if a picture gets less than 5000 likes in two hours it has to be taken down because that’s ’embarrassing and bad’. Naturally, this can be found following a chapter where Claire bemoans not being able to post a candid photo of a day out with Rafael because it isn’t on brand for her account and clearly doesn’t tick any of these boxes.

All I want is to be a normal kid who can post whatever normal boring crap I please without disappointing my family or upsetting hundreds of thousands of strangers.

Overall this is an interesting YA novel that raises a lot of questions without fully answering them – and maybe that’s fair enough, since we’re still learning how to navigate this new brand of 21st Century fame.

I received Just For Clicks through NetGalley in exchange for a review. Thanks to Amberjack Publishing for allowing me a copy! 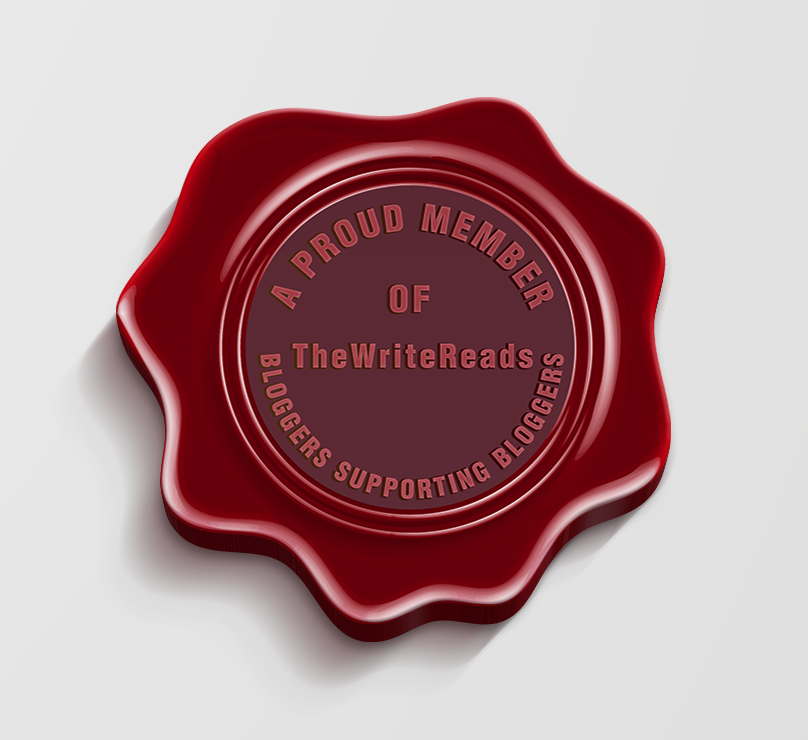